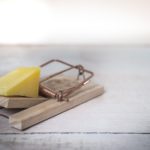 “Show me the incentive, and I will show you the outcome.” – Charlie Munger

According to Consumer Edge Research, in 2016 there were more than 13,000 beer SKU’s available in the market. Unfortunately, not all of those SKU’s will sell. There will be winners and losers. Many of those losers will be your brands, and will become out of code product sitting on the shelf.

Without a good system, Out of Code Beer will become a very expensive problem for your business.

In this article, we’ll review an idea to use incentives and accountability to reduce the out of code beer expense in your company.

Out of Code Basics

When we started tracking and measuring out of code product expense, our sales team was shocked by the results.

They had no idea that, on average, we had to sell five more cases of beer to make up for every one case that went out of code and needed to be destroyed.

Once everyone understood the impact of out of code expense on our income statement, it was time to take action and work together to reduce this expense.

The first step was to assemble a list of code dates for all the products we carried, and communicate this information to our sales, delivery and merchandising teams.

This proved to be a difficult task because breweries use different code date systems on their packages. Some packages were marked with a best by date, while others had a born on date. Still other packages had a mysterious code that was supposed to indicate the shelf life. Figuring out the proper code dates was hard, but it was the only way to identify old beer in the market.

Next, we implemented a Close Code Process. The goal was to reduce out of code beer expense by identifying and selling through close coded beer before it expired.

Out of code beer is dead beer, but close code still has a pulse. We focused time and energy on saving the patient – saving the beer.

Finally, we put together a simple spreadsheet to track and measure our progress towards reducing old beer expense. We set a goal, kept track of actual losses, and reported the results regularly to our team.

These steps provided better focus on out of code beer and helped us reduce the expense. However, we knew we could do better. Next, we used incentives to help reduce the old beer expense even more.

Use Incentives to Reduce Out of Code Beer

The sales team is paid to sell beer. The more they sell the more they make. However, there’s no incentive to reduce out of code beer.

So, we created an incentive using an out of code beer budget.

The information was shared with the sales team so they could see what was happening in their accounts, and help develop a plan to reduce the out of code beer expense. With the out of code budget in place they were financially invested in the process. Now, they had an incentive.

Building the Out of Code Budget

Our goal was to create a simple budget so that the sales team could easily understand what they needed to do in order to get paid to reduce out of code beer expense.

First, we summarized the actual sales and out of code expense from the prior year. We showed this as a company total, and by individual sales person. This showed everyone how much old beer we had in the prior year, and what it represented as a percentage of sales.

Next, we used the prior year’s information as a basis for computing the new year’s budget. We took the actual percentage of out of code beer and multiplied it by the sales forecast for the new year. This established the out of code budget for the company and for each sales person.

For an example of how the out of code budget worked, you can download the template here.

The budget helped bring focus and attention to the problem of out of code beer and gave our sales team a financial incentive to reduce the expense. However, the incentives alone weren’t enough to solve the problem.

Next, we implemented an accountability system so the whole company could see our old beer expense and help to reduce it.

In our weekly company meetings we talked about how many cases of beer were destroyed and how much this was costing the company. We showed the amount of old beer in the prior year and compared the number to the current year. We talked about where beer was going out of code, and how we could work together to reduce the costs.

The meetings included our sales, delivery, warehouse and admin teams. The numbers sparked a conversation and lead to ideas on how we could tackle the out of code beer problem.

We reviewed our Close Code beer process and made sure everyone understood what needed to be done and why. We made changes and improvements based on the collective recommendations.

The sales and delivery teams had the ability to directly affect the product in the market. We talked about what additional tools or information they needed, whether they understood the package code dates, and how they could do better.

The warehouse team and inventory manager could directly affect the product in the warehouse. Were they rotating the inventory properly? Were they marking the pallets with code dates so it was evident which product needed to be picked first? Were they properly managing the close code section of the warehouse?

A lot of hands are involved, a lot of people. The Huddles were a way to have regular, consistent communication about the numbers. No finger pointing about who did or didn’t do something, the huddles were about the numbers. What is the goal? Where do we stand? How do we improve? A rep from each department was at the weekly meeting – there was nowhere to hide.

The process of sharing the numbers, talking about the old beer problem, and engaging everyone in the battle against out of code beer made a huge difference.

The out of code beer numbers were visible for everyone to see and help to improve.

Out of code beer is a big expense on the income statement. With the increase in SKU’s the old beer problem will continue to increase as well unless you take some action.

Use incentives to give your team a reason to reduce out of code product. Give them an opportunity to share in the financial savings. If the expense goes down, everyone wins.

Implement an accountability system to show employees the financial cost of out of code beer. Show them the goal to reduce old beer and where the company stands in relation to the goal. Enlist your employees in the effort to reduce the expense – sales, delivery, warehouse and even the admin team can make a difference.

You don’t have to be a victim of old beer expense. Use incentives and accountability to reduce out of code expense in your beer business today. 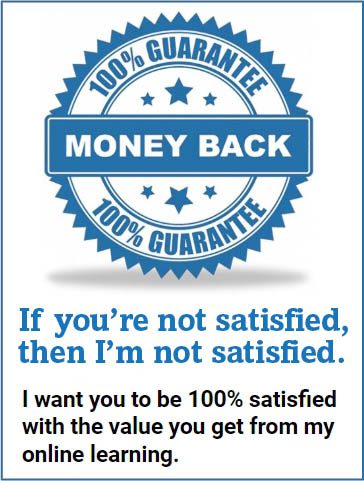